CPS Report in 2015
CPS contacted Angelina Harris in early 2015 to inform her a closed investigation involving Malachi reporting inappropriate contact at home with father and girlfriend. When Malachi was questioned, he had nothing to say. Angelina spoke with Bobby, and he said that he didn’t know who made the report, but someone may be attempting to harass him.

Angelina spoke with Bobby’s former girlfriend, Andrea Poma, and she reported that there had been issue with Crystal and her ex husband. He was upset that she had abruptly left him with the children to move into Bobby’s home. He had sent Facebook messages to many of Bobby’s friends, and Angelina reasoned that he may have made the report. (Article 1) He sent messages as James Darnell, but his name is Rashaud Turner.

made the report. (Article 1) He sent messages as James Darnell, but his name is Rashaud Turner.

Personality Changes
Malachi was having issues at school with emotional outbursts, threatening other students, aggression, and claims that he wanted to die. He gained a signiﬁcant amount of weight in 2015, and his self esteem was very low. He has issues with peeing on himself during the school day. Angelina had multiple conversations with his second grade teacher, Mrs. Garcia, through email and by phone. She recommended that he see a counselor, and he began seeing Zandra Glover, a family friend, in October 2015. An email from Mrs. Garcia is attached in Articles 2 & 3. Sariah was often anxious and regularly wet the bed, and seemed generally disconnected from her surroundings. She also had sexual undertones to her affection given to family and friends.

She also had sexual undertones to her affection given to family and friends.

Disclosure
Malachi and Sariah began disclosing sexual and emotional abuse on November 24th, 2015. A CPS report was made on November 25th, 2015. Malachi and Sariah were taken to Kaiser Permanente in Riverside and disclosed their experience to the social worker on call. The social worker called the police and they arrived around 9 pm to interview the children.
Sariah informed ofﬁcer Johnson and Cox of sexual abuse at home by her father, Crystal, and his friends. They told Angelina that Sariah’s statements were inconclusive, and told Angelina that they would not arrest an innocent man on a felony based on false allegations. Angelina did not know what was said at the time, and was offended that the ofﬁcers drew the immediate conclusion of Bobby’s innocence. It was nearly two weeks before CPS would interview the children.

Since November 23rd the children have disclosed the following experiences:

The Court Case
Sufﬁcient abuse was proven and the restraining order was granted for nine months pending the criminal investigation. 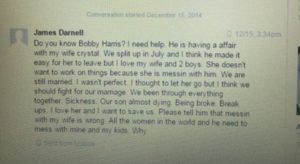 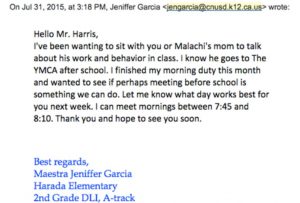 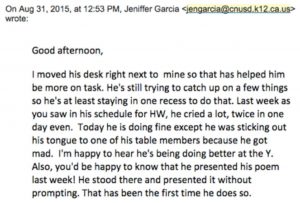