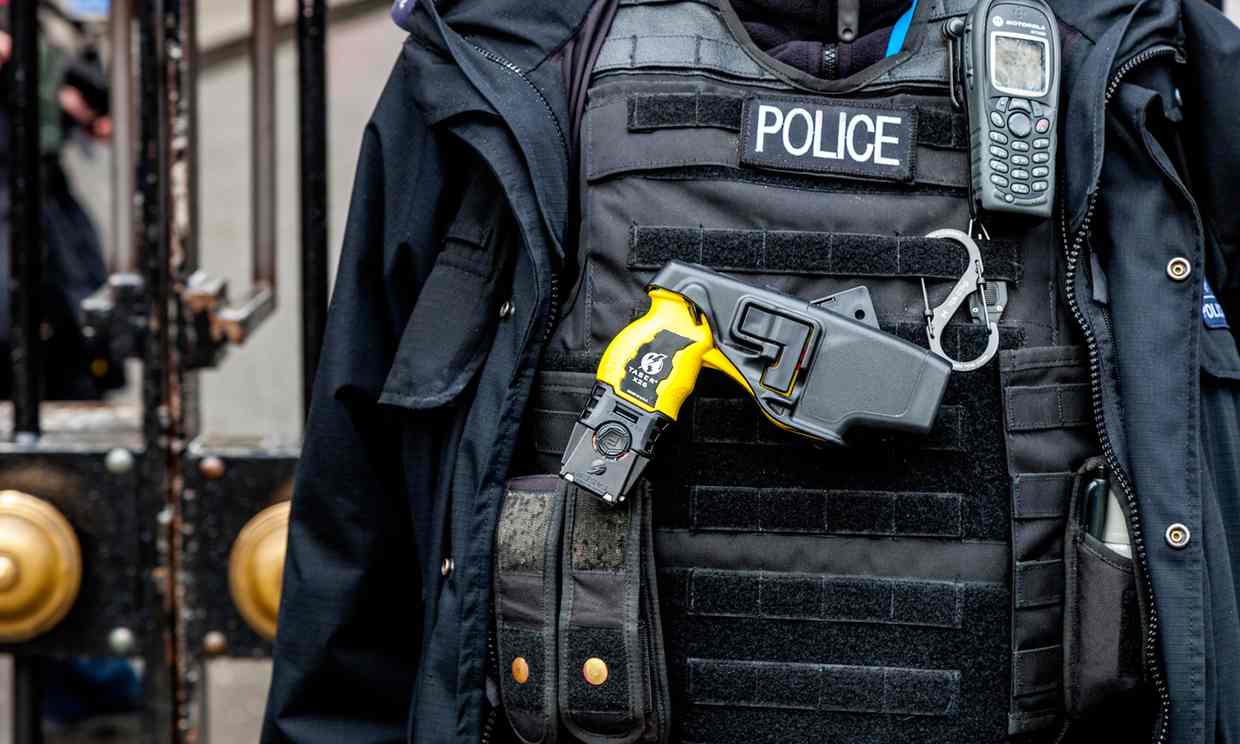 After reporting the involvement of Riverside County Sheriff Sergeant and his deputies in the abuse allegations made by my children, I saw how secretive police departments were when investigating other officers.

When I went into the Jurupa Valley Station to be interviewed, I was told that I would have no knowledge of what would be done or how the investigation would be handled. In the end, a letter would be sent in the mail stating whether the allegations were founded or not. Either way, none of what they found would be admitted for criminal prosecution.

I wondered what the point of my disclosing abuse to this organization was. Where was the remedy for my children? By reporting these crimes, I opened my immediate family up for harassment and retaliation, but the officers faced nothing but administrative punishment/separation.

Surprise! I received a letter a few months letters stating that all allegations were unfounded. This coincided with reports from mutual friends (Our family had a prior long-standing friendship with the Sergeant’s family), that the Sergeant had taken early retirement.

Retiring, resigning, or being put on administrative leave does not offer a solution to victims who claim they were abused by police officers.  If little or no consequence comes from the reporting of the crime, it is worth the risk for the predator to pursue its victim.

The Riverside Sheriff’s Department is allowed to stay quiet about improprieties to limit liability, allowing officers reported for misconduct to quietly resign, keep their certification and sometimes jump to other jobs. But if the crimes are not addressed, or criminally prosecuted, how will the safety of communities they serve be protected?

In a yearlong investigation of sexual misconduct by U.S. law enforcement, The Associated Press uncovered about 1,000 officers who lost their badges in a six-year period for rape, sodomy and other sexual assault; sex crimes that included possession of child pornography; or sexual misconduct such as propositioning citizens or having consensual but prohibited on-duty intercourse.

This only includes officers whose licenses were revoked, and not all states take that action. In fact, California and New York do not have systems to revoke certifications of officers for misconduct.

In this report, some states did not remove officers for sexual misconduct, even after cases were highlighted in news stories or court records.

“It’s happening probably in every law enforcement agency across the country,” said Chief Bernadette DiPino of the Sarasota Police Department in Florida, who helped study the problem for the International Association of Chiefs of Police. “It’s so under-reported and people are scared that if they call and complain about a police officer, they think every other police officer is going to be then out to get them.”

The AP’s findings, along with other research and interviews with experts, suggest that sexual misconduct is a common type of complaint against law officers. Phil Stinson, a researcher at Bowling Green State University, analyzed news articles between 2005 and 2011 and found 6,724 arrests involving more than 5,500 officers. Sex-related cases were the third-most common, behind violence and profit-motivated crimes. Cato Institute reports released in 2009 and 2010 found sex misconduct the second complaint against officers, behind excessive force.

The day AP announced that nearly 1,000 police officers had lost their badges for sexual assault, Daniel Holtzclaw’s trial for allegedly raping 13 women while on duty began.

After the Associated Press finished the investigation into sex crimes that included possession of child pornography; or sexual misconduct such as propositioning citizens or having consensual but prohibited on-duty intercourse.

The crime I reported, along with the many others, must not be seen as lone instances. These crimes are part of a cultural issue and reflect the health of our society at large. A small percentage of people who are criminally abusive exist, but when they have a badge, they have access to victims with impunity.

Dr. Phil Stinson studies corruption within law enforcement at Bowling Green State University. The former police officer is the head of a study by the Department of Justice called Police Integrity Lost: A Study of Law Enforcement Officers Arrested. “Almost all crime by police officers falls into one or more of these types: alcohol related, drug related, sex related, violence related, or profit motivated.” Dr. Stinson explains that these crimes are hard to track for a variety of reasons. “There’s no official statistics or data any agency keeps [on police crime]. Prior research in this area has been really hampered by various methodological problems; if you survey police officers and police departments there’s a social desirability effect. They’re not going to answer these questions honestly.”

A former Oklahoma City police officer, Daniel Holtzclaw, was sentenced to 263 years in prison January of 2016 after he was convicted of rapes and other offenses that authorities say occurred while he was on duty.

Dr. Stinson’s research shows that the victims of police sexual assault are disproportionately under-aged. He says crimes like these are more common than we think.

He says “When one woman, one girl, or even a boy is believed, and it gets charges brought and it gets in the newspaper—for every one victim that comes forward initially, there’s five more that come forward. That’s what happened with Holtzclaw.”

When a claim is taken seriously, the cases may never become public; police departments often deal with the issue behind the scenes. “Sometimes [officers are] given the opportunity to resign in lieu of being criminally prosecuted. One of the reasons they have to do that is if they question an officer and they ask him about an incident and they require him to answer the questions, they have to elect that they’re going to use the statements administratively or criminally. Once they’ve decided to use [testimony] for discipline purposes, they can’t use those statements against the officer in court. They have to build their criminal case another way.”

“In some cases instead of charging an officer with a sex crime, they’ll charge him with official misconduct or official oppression or violation of oath. It hides the true nature of the crime, so they might get convicted, but they’re not a registered sex offender.”

Dr. Stinson was a police officer in New Hampshire in the 80’s.  A man was arrested with possession of child pornography. “The sergeant that I worked with at the time spent the next month cataloging and watching every one of the videos. It was clear to me that he had more of an interest than he should have in these cases.”

Dr. Stinson has a theory that policing is “sexual.” “There’s a sexual dynamic to it,” he says. “It’s a twisted power and coercion dynamic, [and it can be] a complete misuse of authority and power.” An officer may encounter sex-related issues throughout their work. “It’s a reoccurring theme. They deal with sex crimes, they’re surrounded by vulnerable people, there are all these different aspects. Power equals sex in many ways. It’s something that is not talked about; there things we don’t discuss in polite company.

Because it has been largely erased from public records, it is challenging to study and to report on this subject matter.

The scars of sexual abuse are not easily erased. But the evidence needed to prosecute the abuse is.

Diana Tourjee notes in her article, “The culture of silence and the imbalance of power are two parts of an institutional system of oppression. Even the researcher confronts obstacles: Studying police corruption has alienated Dr. Stinson from old friends in the force.”.

The references to studies made on sexual abuse and police come from personal experience with reporting sex crimes along with links and references below.

Diana Tourjee’s article for the Broadly. Read it here

Matt Sedensky’s article for the Associated Press. Read it here

If concerns about child abuse are reported to the police, they have a duty to investigate. This page tells you more about these investigations and how the decision to prosecute is taken.

How the police investigate allegations of child abuse

If someone reports concerns about child abuse to the police, the case will be dealt with by a specialist child abuse investigation team.The team may do one or more of the following things to investigate the allegations:

The police may ask anyone who could be a witness to the abuse to provide a statement. This may be written or, particularly with children, by interviewing in a special room with video or DVD recording equipment. When a child is interviewed, a social worker will often be present or may even conduct the interview if they have specialist training. If you are suspected of child abuse, the police must either arrest you or invite you to speak to them at a police station. They must advise you of your legal rights and offer you the opportunity of seeking advice from a solicitor.

If you’re unhappy about the way the police investigate allegations, you may be able to make a complaint.

The decision whether or not to prosecute

Once the police have conducted their investigation and gathered all relevant information, they have to decide if there is enough evidence to consider a prosecution. If there is enough evidence, the police papers are passed to the Child Protective Service (CPS) who make the decision whether a suspect should be charged with an offence or not. CPS may ask the police to make further enquiries or obtain additional evidence. There are guidelines in place which CPS must follow when dealing with a child abuse case. When they make the decision about whether to prosecute someone, specialist prosecutors in CPS must look at all the relevant evidence and decide:

The guidelines say that victims and witnesses should be made aware from the start of the investigation exactly what is expected of them, particularly in terms of going to court and giving evidence, and they should be offered support to help them in this process.  When considering how believable a child or young person is, the police and CPS should focus on the allegation, rather than focusing just on any perceived weaknesses in the victim. In particular, police and prosecutors should avoid making assumptions about victims. A reluctance to cooperate with those in authority, failure to report allegations of abuse swiftly, and providing inconsistent accounts are not uncommon in victims of child sexual abuse, especially during initial interviews’.

The child or young person can be told that other people have made allegations about the suspect. But this should usually only be done after they have given their own account and the details of other allegations shouldn’t be shared.